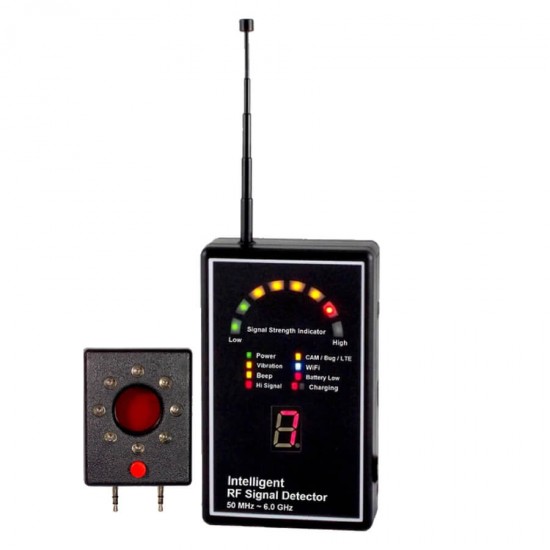 Introducing privacy into your life. You didn't know you didn't have any? Well, I hate to break the news to you but the truth is nobody has privacy anymore. That is until a spy camera listening device detector GPS finder came out on the market. get somebody's surveillance squash with extremely high detection counter-surveillance techniques that come from the world's top military teams. This is a 3G 4G 5G covert bugs detection specialist. It even has a digital tuner as well as being the only counter surveillance detector that can find wired cameras that spy on you as well as wireless cameras that are spying on you.

You never expect the hidden microphone to be the right insight. This bug detector gets both Wireless analog as well as digital cameras and IP cameras. It is a sophisticated signal jammer and comes with a remote control that you can put on your cell phone to control the device from far away.A uses the system of emitting light for the counter-surveillance device to scroll through the room it's in. Then the camera kicks in and focuses all the light to reflect where the Spy light is coming from and give away its coordinates to the counter-surveillance team AKA it could be you. This is an extremely new technology that is generated from the military and used to be a complete secret to the public. Now anyone can protect themselves from spying eyes and ears. You don't have to worry about someone coming after you for being you making a mistake and saying something silly.

It has two types of warning mode a stronger signal and a weaker signal. it also gives you the status of the battery and how much life you have left on it. It will detect GSM 3G 4G bugs and spy cameras with ease. It also comes with a complete battery and charging station and adaptation to the environment that it's in. It is truly a top-notch counter-surveillance device 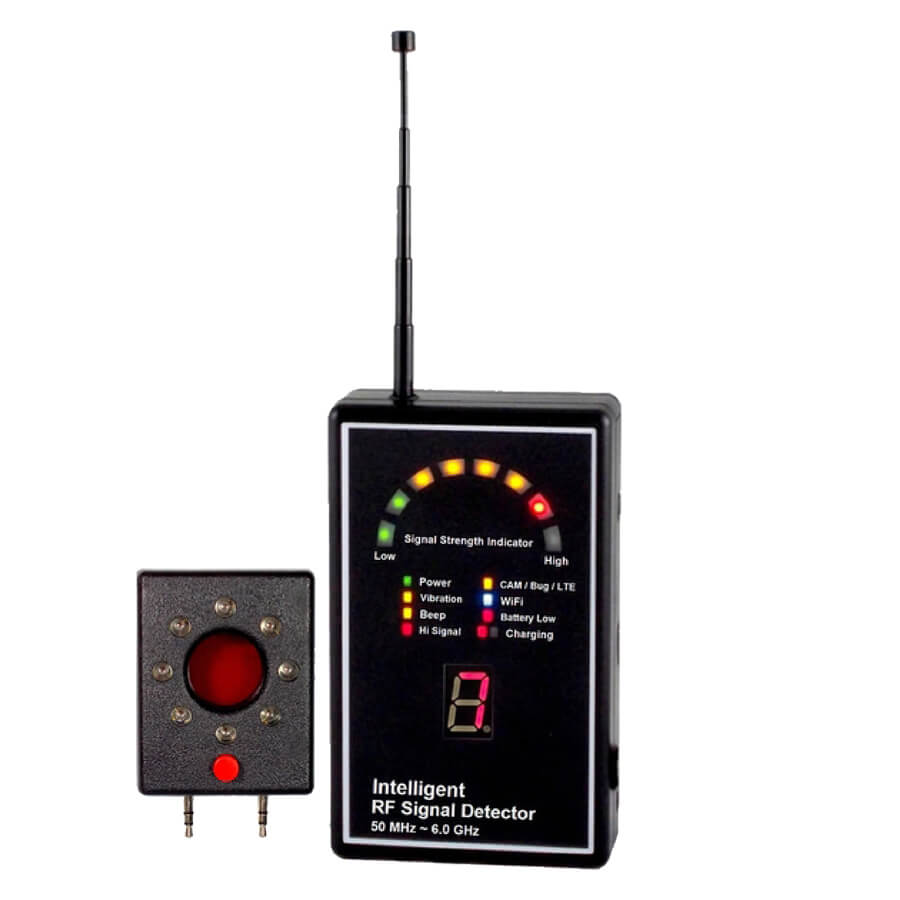 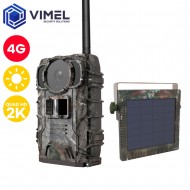